Complexity, contingency and coming into play 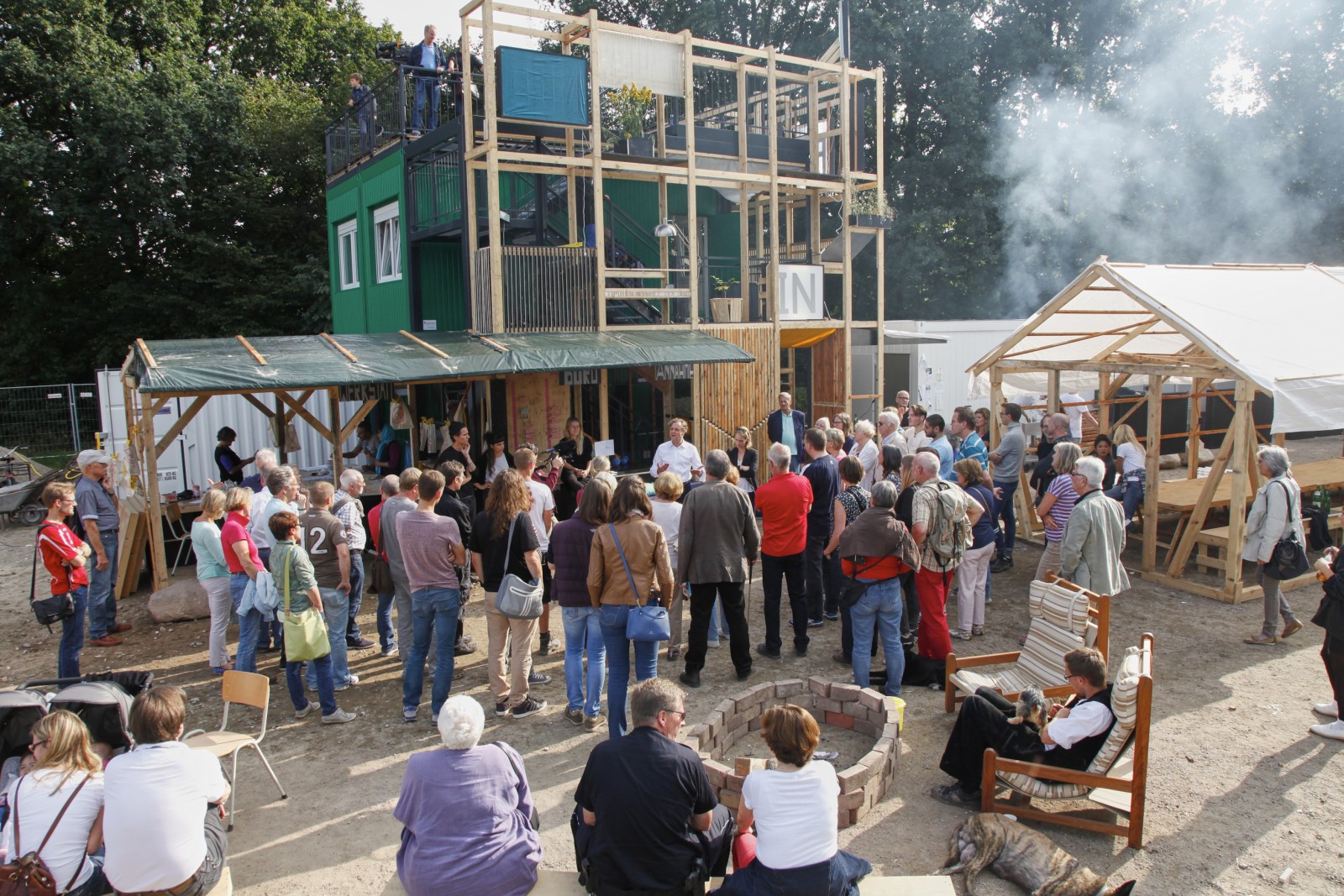 Christopher Dell (Dr. habil.) is a theoretician and composer. From 2015 to 2018 he was Professor for Urban Forms of Knowledge, Organisation Theory and Relational Forms of Practice (UFoK, OT and RFoP). He held a similar position at Technical University Munich. Dell is also director of ifit, Institute for Improvisation Technology, Berlin. His international experience includes teachings for the Architectural Association, London, the University of the Witwatersrand, Johannesburg, Columbia University, New York and Academie for Bouwkunst, Arnheim. He is interested in practices and the organisation processes in the contemporary city. In trans-disciplinary work constellations he attempts to conceptionalize relational forms of action as procedures and to render them fruitful for research and design.

Bernd Kniess is an architect and urban planner. Since 2008 he is Professor for Urban Design at HafenCity Universität Hamburg where he established the Master Programme Urban Design. He is interested in the negotiation of the contemporary city, whose planning principles he aims to diagrammatically describe and transfer into a relational practice as procedure. He teaches in the Urban Design and Urban Design Thesis Projects, theoretical-conceptual basics, methodology, diagrammatic and Intercultural Practice. From 2008 to 2014 he directed the project »University of the Neighbourhoods« (UoN) and was responsible for the development of a project curriculum. As part of the research initiative »Low-Budget-Urbanity« he initiated the project »Building Market 2.0. Practices and Materialities of urban self building and frugality«. He is a member of the North-Rhine Westphalian Academy of the Arts and Sciences since 2009.

Dominique Peck has joined the Research and Teaching Programme Urban Design’s academic staff at HafenCity University in 2015. His work has a focus on project management, design development and transposing formats in research, teaching and practice. Dominique is currently co-project managing the live project Building a Proposition for Future Activities, where he handles collaborations with professionals based in the project worlds of editorial and web design, film, performance facilitation, e-didactics, qualification activities, social space management, construction, architecture and urban design. Before UD he has worked as urban planner for Hamburg based planning firms, as editorial assistant for academic publications and has completed open-build projects in the context of cultural programmes. His exposè Re-Positioning Project Management in Urban Design has been accepted by HCU's Doctoral Thesis Committee. Dominique holds a M.Sc. in Urban Design from HCU Hamburg and a B.Sc. in Raumplanung und Raumordnung from Vienna UT.

Anna Richter is a post-doctoral researcher at the research and teaching programme Urban Design at HafenCity University Hamburg since 2013. After studying Sociology and English Literature at Bremen University and City University New York, she wrote a PhD at Leeds Metropolitan University (UK) about the European Capital of Culture 2008, Liverpool, that critically examines participation discourse. She is an editorial board member of »CITY: analysis of urban trends, culture, theory, policy, action« (Routledge). Having taught the research methods module »Urban Territories« in the M.Sc. programme Urban Design for the last four years, she is now undertaking curriculum research and engaging with methodology and methods in urban design and urban studies. She teaches in the Urban Design Project 1.