University of the Neighborhoods

We were a group of students who had signed up to create a locally run hotel, 1:1 scale, an urban design project, putting into practise intercultural praxis. We worked in Hamburg’s southern Wilhelmsburg district. The neighbourhood is located on Elbisland south of Hamburg’s centre and a district teeming with a population composed of 32,5 per cent of people with a foreign nationality, therefore being one of the most ethnically vibrant, but also economically marginalized districts of the metropolitan region of Hamburg.
The Hotel?Wilhelmsburg project took place during the exhibition year of the International Building Exhibition (IBA) on the site of the Neighborhood’s University. Within this, the Hotel took on the form of intervention - a laboratory exploring what it means to be a guest and host within the Neighborhood’s University (UdN).
The question mark in the title of this project is crucial. This title demonstrates the at times equivocating and uncertain development of the project. Not only uncertainty in its development, since it became a guided process of improvisations, but also reflects the uncertainty about the basic principles, the collective goals, and aims we were working towards. Within the framework of low-budget, high quality, bottom-up and neighbourhood participation was the framework, but we soon realized the difficulty of putting this into practice within the time scope of university semesters. Therefore Hotel became a working title to gather people in the neighbourhood, a Hotel as experimentation ground – as a space for questioning conventional ways of living and socializing. 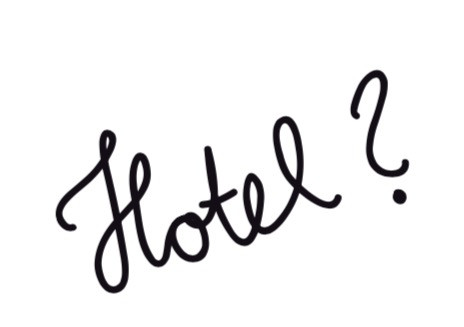